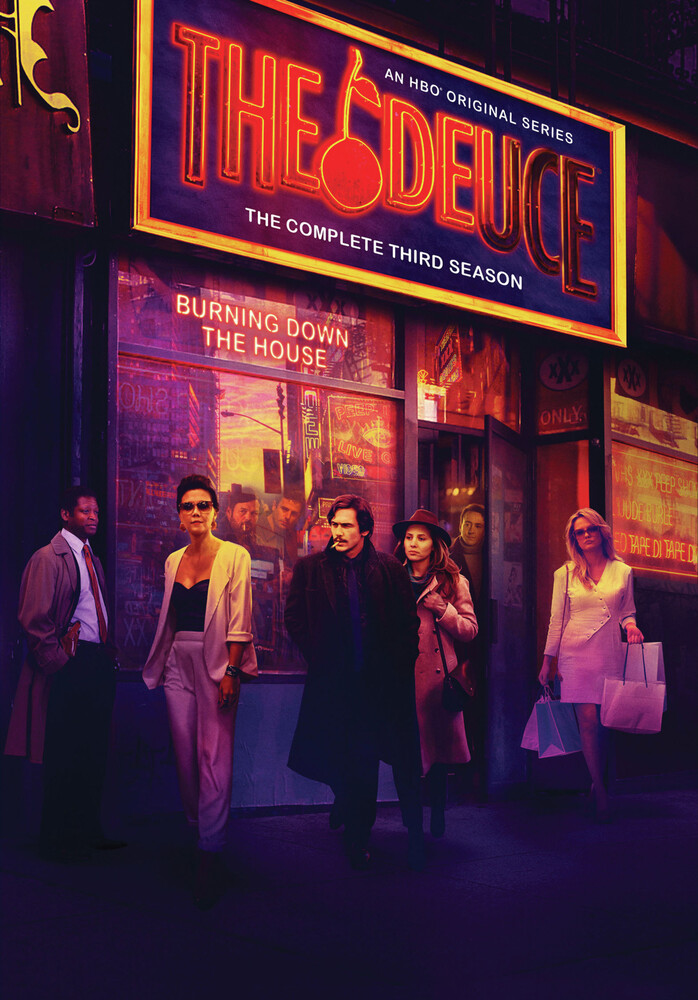 Double DVD set. It's 1985 and the party of the '70s is slowing down. 42nd Street has deteriorated into a world of crime, seedy video stores and peep shows; VHS has overtaken film as porn's primary medium; and the AIDS epidemic has had a devastating impact. Welcome to the third and final season of The Deuce, the gritty HBO series that follows the interconnected lives of barkeeps, prostitutes, pimps, the police, mobsters, and adult film actors and producers in Times Square. As the story of the explosive rise of the NYC porn industry comes to it's denouement, the stakes are higher than ever in these eight climactic episodes.