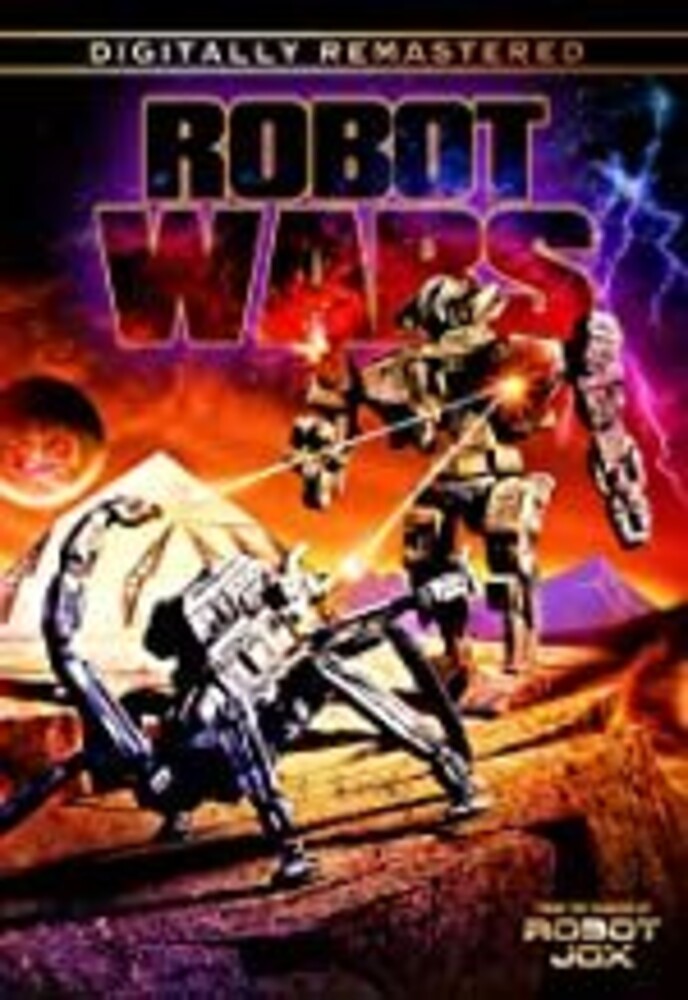 Let the robot carnage begin! From director Albert Band (I BURY THE LIVING, DOCTOR MORDRID) comes ROBOT WARS, Full Moon's sister film follow-up to 1989's cult hit ROBOT JOX. In a gas-ravaged future Hell, the United States is divided into two opposing blocs, the North Hemi and the Eastern Alliance and targeting them both are roving bands of pirates known as the Centros. While "mega robots" were once employed for war, peace between the blocs has dictated that the mechanized monsters are no more, save for the lone remaining functioning specimen the MRAS-2, now utilized as a tourist attraction and piloted by the rough and tumble Drake (Don Michael Paul). But when a war-mongering dignitary steals the MRAS-2 and threatens to wage a new apocalyptic battle, Drake revives another dormant "mega robot", the MEGA-1, and drags it out into the desert to take down the deadly, scorpion-like MRAS-2 with the fate of what's left of the world hanging in the balance!