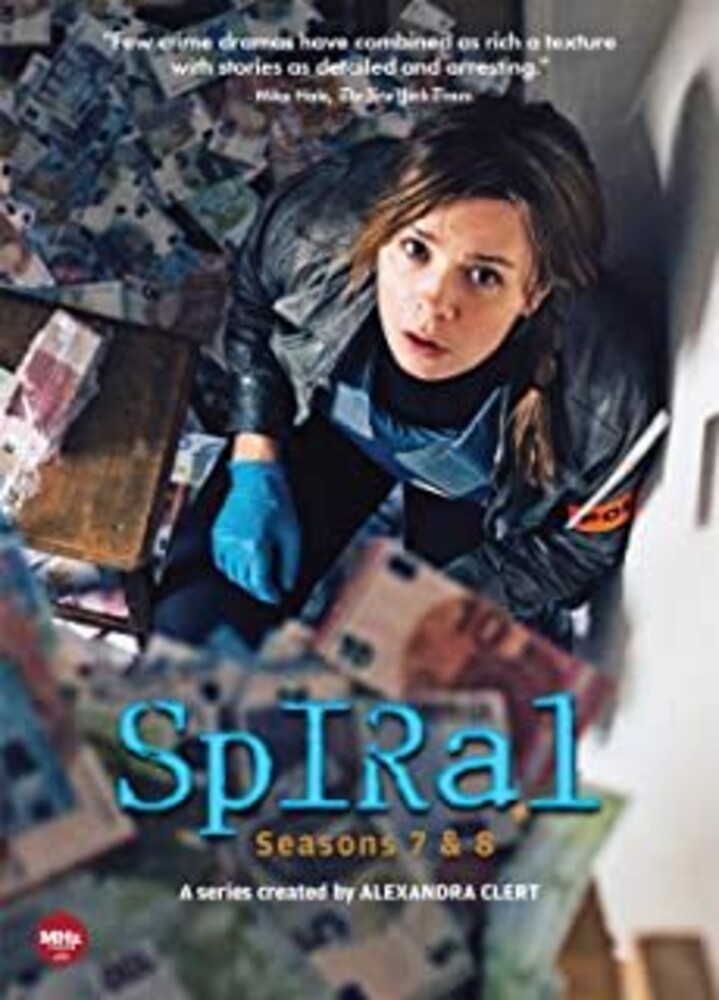 Originally released in France as Engrenages, the hard-hitting Parisian cop thriller Spiral became a blockbuster sensation across all of Europe and Australia, winning awards and commendations from TV France, The Royal Television Society in the UK, and from The Academy of Television Arts and Sciences in the US. Fans around the world embraced it's compelling story and naturalistic style, which even spawned a popular video game. Intentionally monochromatic photography, starkly filmed decomposing corpses, autopsies and intense interrogations set the tone for this gritty, realistic cop show. It's a police thriller that reveals society's ever-changing codes of law: a dark series with constant and increasing tension. In the penultimate season, Laure and Gilou are brought back together by a double homicide in a Chinese restaurant, and the tragic loss of one of their own. Meanwhile, Josûˋphine struggles with life in prison as she awaits trial and Judge Roban faces forced retirement. All of them will have to deal with unexpected hurdles and the ultimate dilemma: give up the truth or betray the institution they have each faithfully served. Then, in the eighth and final season, Gilou finds himself on his own, infiltrated into a ruthless criminal gang as Laure's team is sidelined. Josûˋphine, back on her feet, defends a murder suspect and develops a close bond with him. Things get complicated when the cases Laure and Gilou are working on turn out to have a connection with Josûˋphine's client. They join forces again to see their investigations through, exposing themselves to all kinds of danger in a tense and shocking climax.