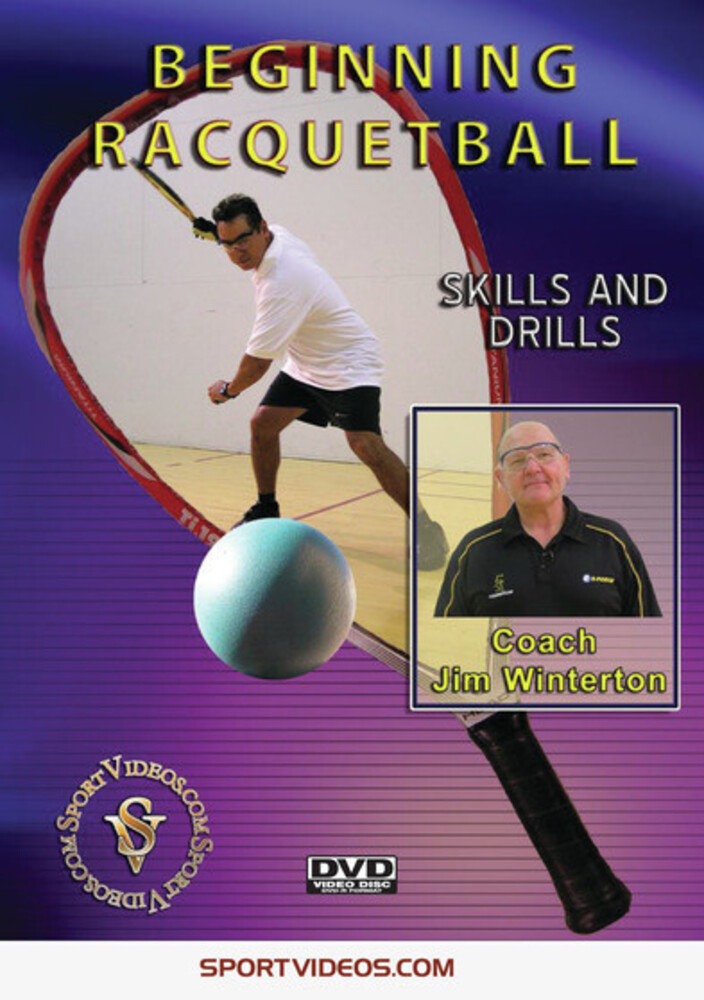 Hall of fame coach Jim Winterton covers all of the aspects necessary to become a successful racquetball player. As he trains beginning and intermediate students, Winterton also helps coaches and teachers by explaining instructional techniques. The topics covered in this DVD are: serves, forehand and backhand, simplified shot selection, general strategies, and conditioning. Coach Winterton demonstrates a progressive system of learning, starting with positioning and leading to footwork and execution of shots. This informative DVD is helpful for racquetball players and instructors at every level. About the coach: Jim Winterton has been coaching racquetball since 1973. Over the past 40 years Jim has taught, competed with, and coached the top names in the game. He is recognized as one of the best racquetball coaches in the world. He is director of the High Performance Racquetball Camp in Colorado Springs, Colorado, and has coached the U.S. national team for 12 years. He has been named Racquetball Coach of the Year by the United States Olympic Committee three times (1995, 1999, and 2003) and was a Racquetball Hall Of Fame inductee in 1999.