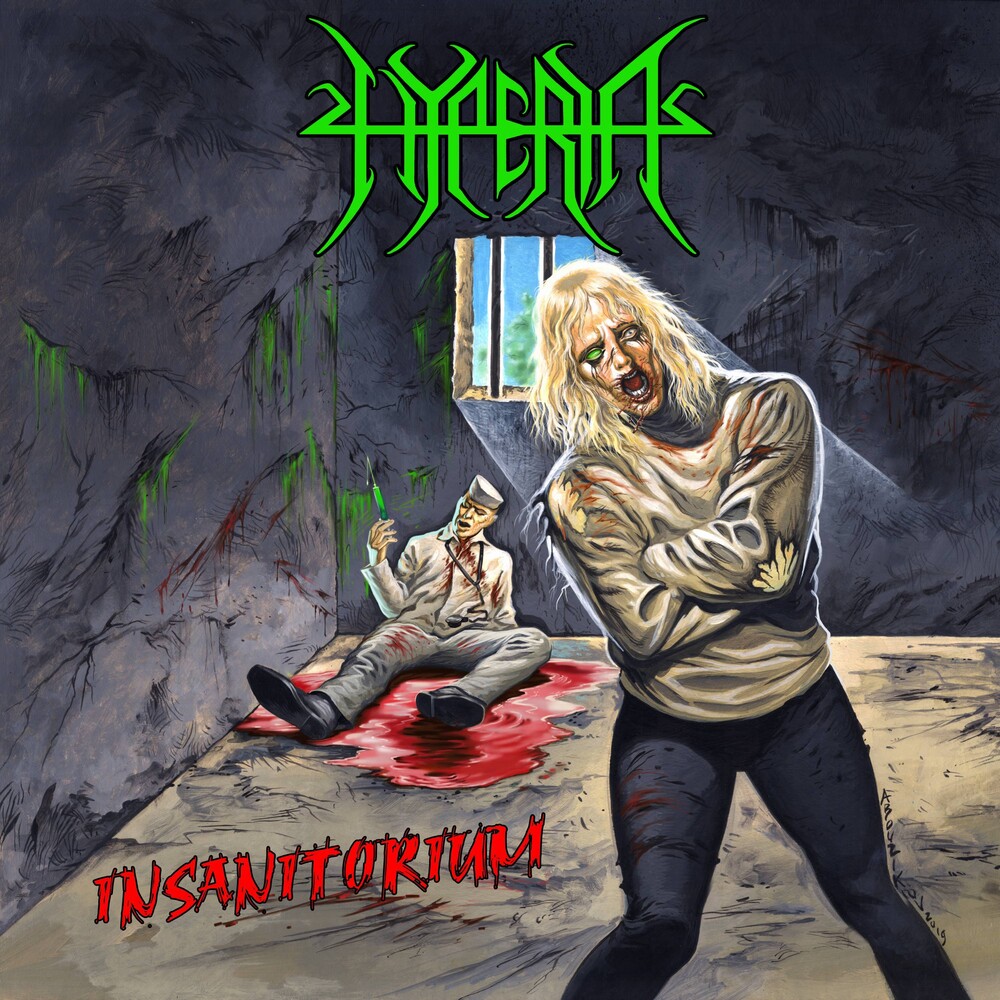 "Insanitorium" is the debut album of female fronted melodic thrash metal band Hyperia. It contains 10 tracks of wailing and harsh vocals, melodic guitars, intricate bass lines and hard hitting drums. These 10 songs deliver a complex mixture of genres from Thrash Metal, to Power Metal and Death Metal. Drawing influences from many different musical artists, Hyperia strives to stand out among other bands and include a fair bit of variety from song to song. The lyrical themes of Insanitorium are based around the theme of being stuck in an insane asylum for committing evil crimes and having no way out. It deals with the idea of being stuck inside your head and the solitary state of living in asylum. The album was mixed by Colin Ryley at Singularity Sound Studios and mastered at Finnvox Studios in Helsinki, Finland by world-renowned mastering engineer Mika Jussila, known for his work with bands such as Finntroll, Children of Bodom, Ensiferum etc. The album artwork was painted by world famous Thrash Metal artist Andrei Bouzikov (Municipal Waste, Skeletonwitch, Toxic Holocaust, etc)