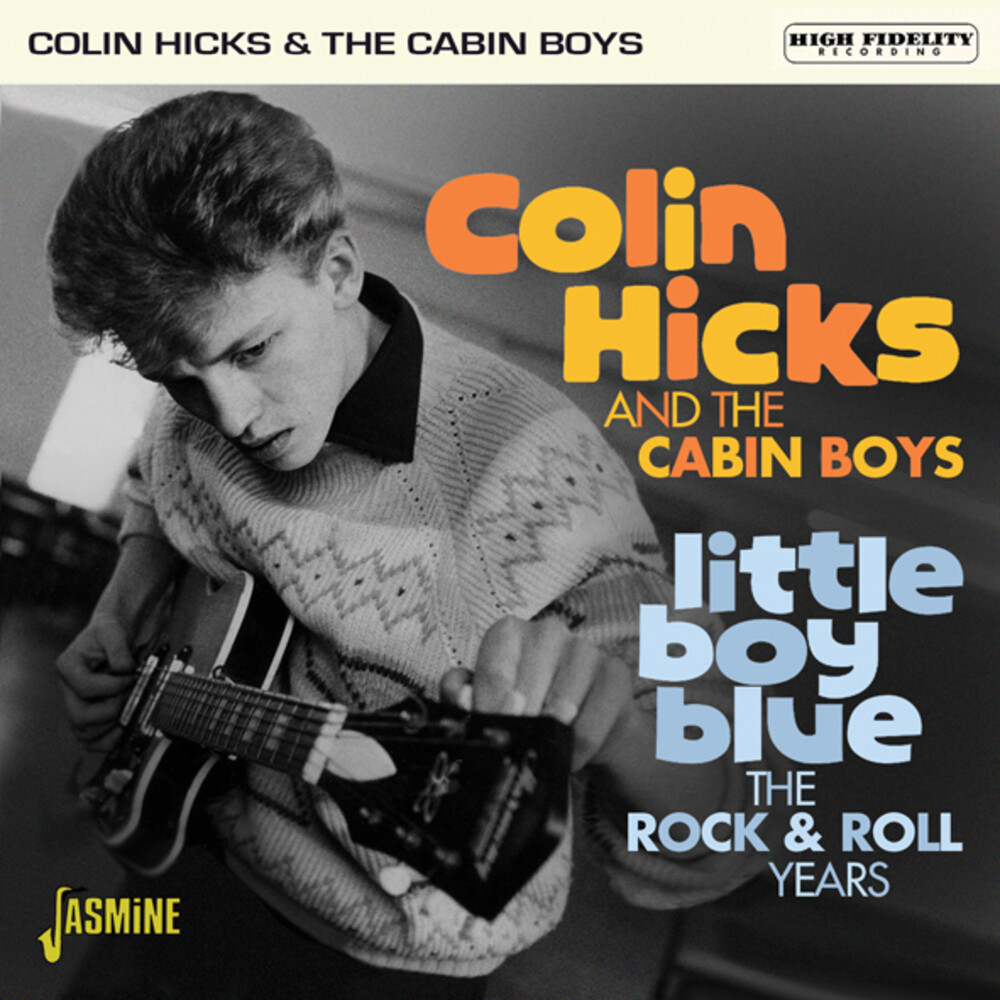 Famously the younger brother of Britain's very first Rock & Roller, Tommy Steele, the much-underrated COLIN HICKS was destined to enjoy his biggest successes in mainland Europe, notably in Italy, where he became a major star. He kickstarted his career as a 16-year old, in the summer of 1957, with three releases for Pye Records, which included a couple of near-hits/jukebox favourites, 'Wild Eyes And Tender Lips' and 'Little Boy Blue'. During 1958 Hicks unexpectedly became a huge star in Italy after live clips of he and his band, The Cabin Boys, were included in a prestigious Allesandro Blasetti documentary, "Europa Di Notte". The same year he toured Italy, initially third on a bill headed by?The Platters, taking over star billing during the tour. The following year he moved to Milan, where he cut a series of huge hits, comprising cover versions of songs like 'Teenager In Love', 'Tallahassee Lassie', 'Brand New Cadillac', 'Oh Boy!', 'Twenty Flight Rock', and many more. This 35-track compilation presents his three Pye 45s, alongside the pick of his Italian R&R releases; much of this material is virtually impossible to find elsewhere on CD.