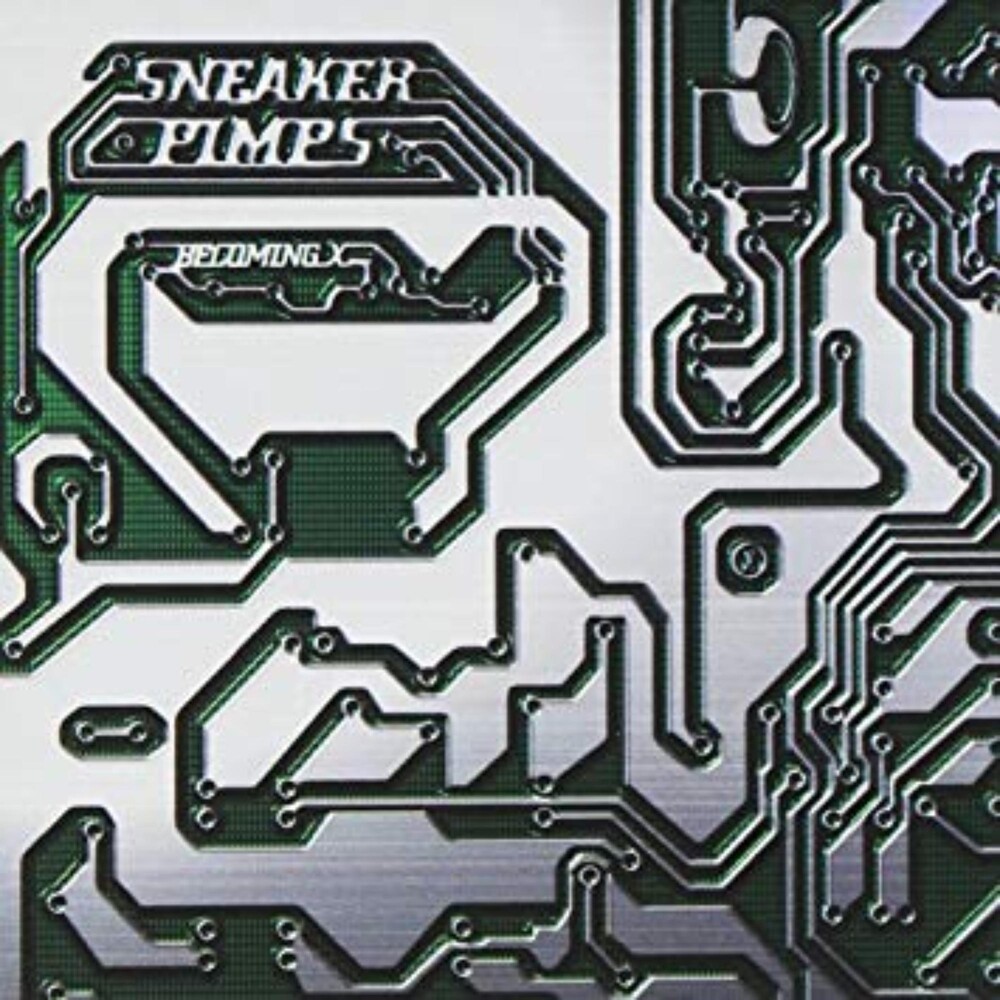 Double vinyl LP pressing. Becoming X is the debut studio album by English electronic band Sneaker Pimps. It was originally released in August, 1996. The album marked the only appearance of Kelli Dayton as lead singer before she was asked to leave the band; Chris Corner replaced her for the band's subsequent albums. Becoming X was commercially successful in the United Kingdom, while "6 Underground" and "Spin Spin Sugar" would become hits in the United States.