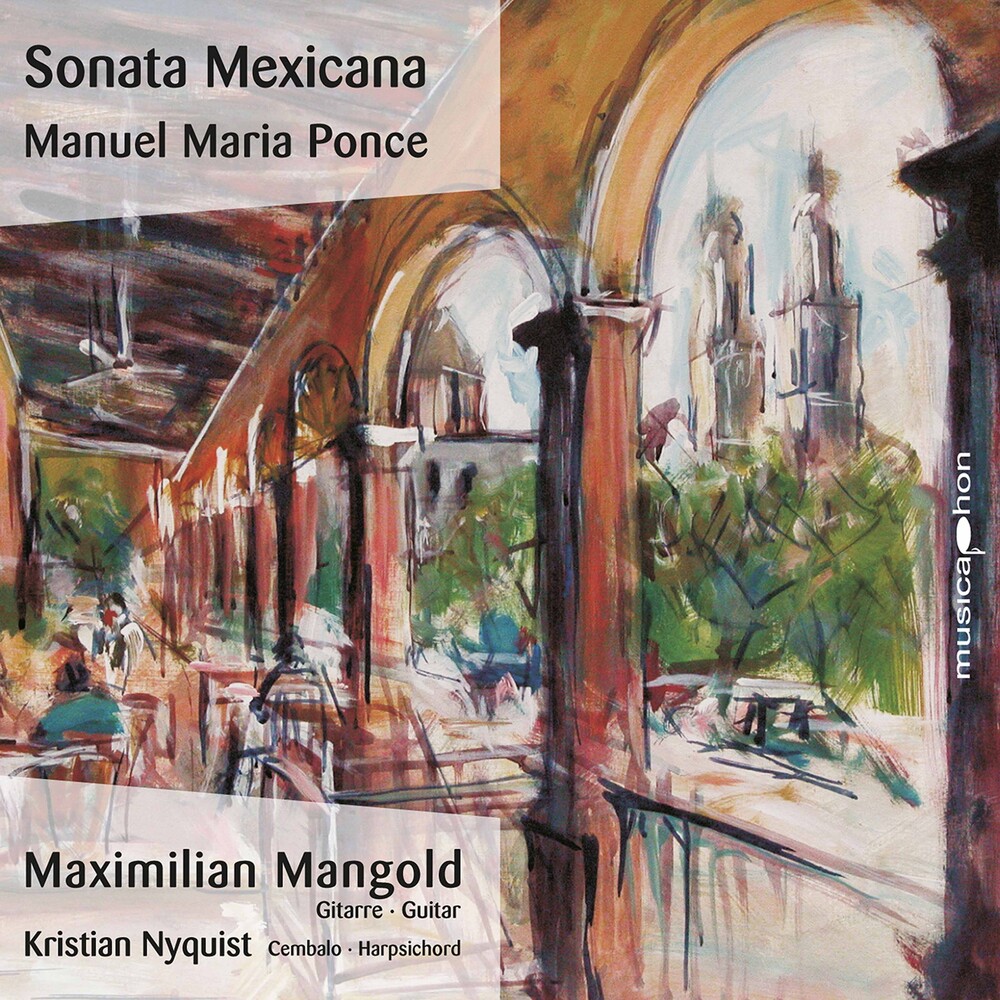 After his first encounter with Andrès Segovia (1923), Ponce (1882-1948), undoubtedly the most important Mexican composer of the 20th century, wrote a large number of guitar works. Sonatas, variation works, preludes, character pieces, a sonata for guitar and harpsichord and the "Concierto del Sur" for guitar and orchestra. His first guitar composition is "Allegretto, quasi serenata", a miniature, which shortly afterwards found it's way as the third movement in his first guitar sonata "Sonata Mexicana". This sonata already has all the characteristics of the later, more mature guitar compositions: impressionistic harmony, polyrhythm, vital dance and virtuoso corner movements, formal unity of the composition despite strong contrasts and, above all, the beautiful slow movements of his sonatas, which are among the most beautiful, what the guitar repertoire of these Has time to offer. He is always rooted in the tradition of his home country. Segovia had a great influence on Ponce's works not only in terms of playing technique but also aesthetically. This led to Ponce, for example, at the urging of Segovia to write sonatas in the style of Franz Schubert and Fernando Sor. On this album there are, however, those guitar works that most likely come closest to Ponce's own Impressionist style.