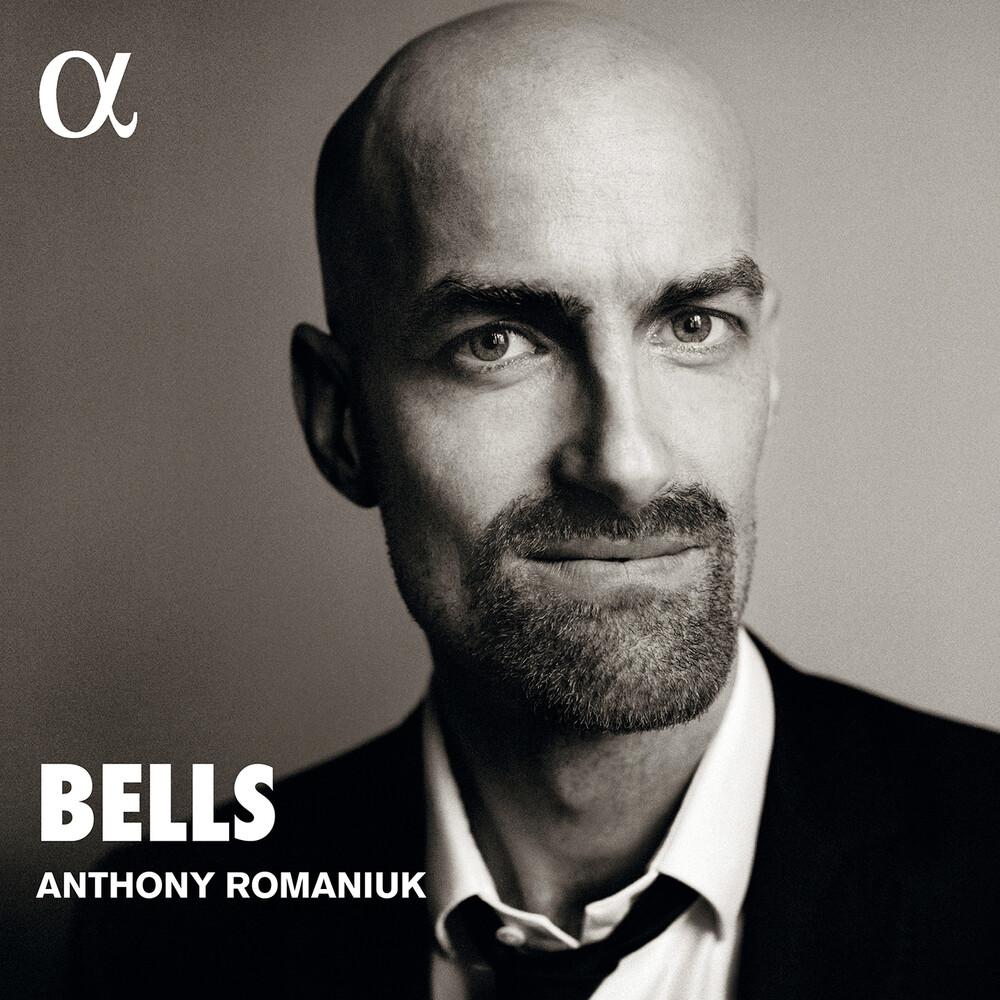 An Australian who studied early music, harpsichord and fortepiano in New York, Anthony Romaniuk also has a passion for improvisation, independent rock and electronic music. This musical polyglot collaborates regularly with the violinist Patricia Kopatchinskaja, the vocal ensemble Vox Luminis, the tenor Reinoud Van Mechelen and the cellist Pieter Wispelwey. For his first solo album, he has spent ten years exploring almost ten centuries of music, which he has decided to play on four different keyboards: harpsichord, fortepiano, piano and Fender Rhodes. Fascinated by low sustained notes (known as 'pedal points', the descendants of drones) - hence the title Bells - Anthony Romaniuk exceeds the boundaries of classical orthodoxy, ranging from Mozart to Crumb. An incredible compendium of music and emotions that enables us to discover Rameau, Byrd, Beethoven, Debussy, Purcell in a new light. We go from Bartók's Mikrokosmos to a fascinating medieval melody that he has harmonized like a jazzman. Thanks to the delicate timbre of the Fender Rhodes, we hear Bach quite differently, alongside Chick Corea's magical Children's Songs.