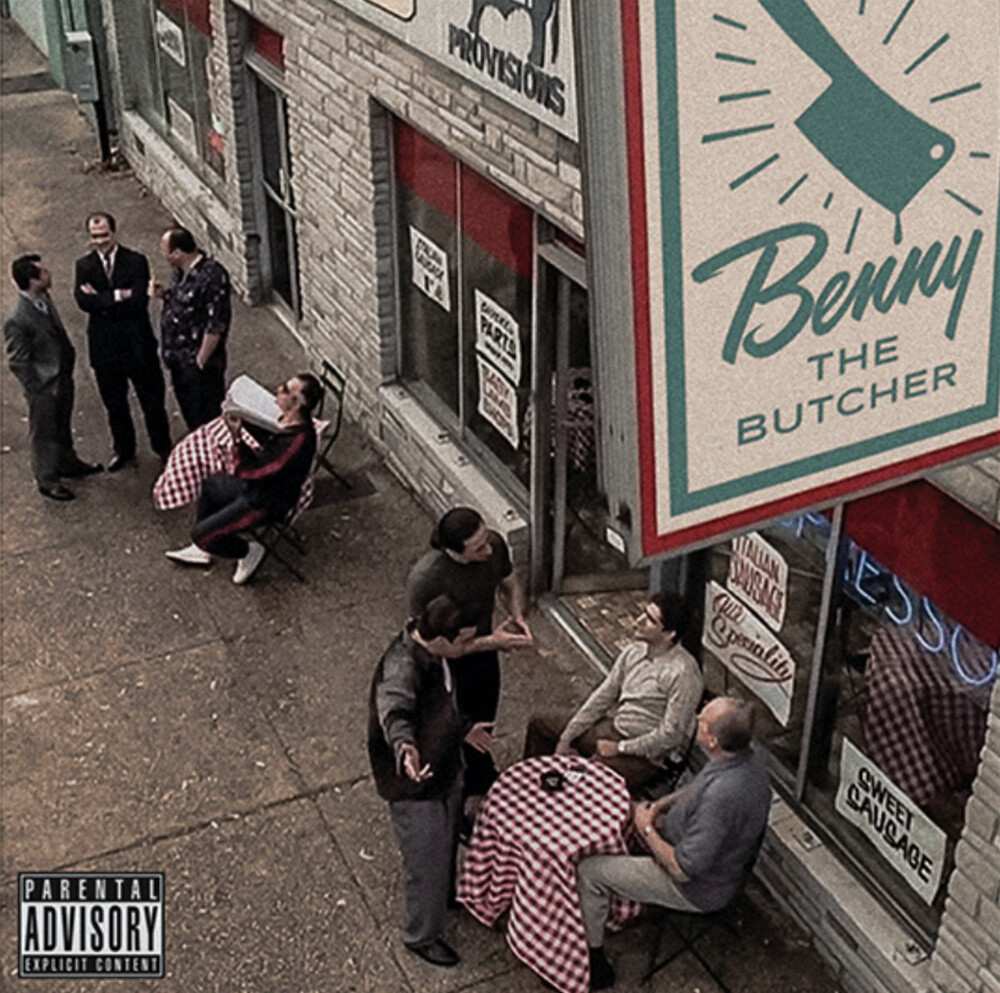 2020 release. The underground hip-hop collective Griselda has long established itself as a go-to source for the classic hardcore sound of 90s hip-hop artists like Mobb Deep and Raekwon, and unrelentingly gritty boom-bap production, and Benny the Butcher is one of the group's most proficient contributors. Now an affiliate of Eminem's Shady Records, Benny has been leaving his mark on the underground as far back as 2004, and has made his incomprable, street-savvy presence known on tracks by the likes of Ghostface Killah, Clipping., Paul Wall, Jim Jones, and a slew of other top-tier rappers. His 2017 mixtape Butcher On Steroids is just one example of Benny's raw power, and lyrical deftness. Across 12 tracks, the Butcher delivers the kind of authentic street flow that has come to define the Buffalo, NY rap scene, backed up by guest appearances from his Griselda bretheren ElCamino and Conway, atop a bed of stark and intense beats courtesy of guest producers DJ Green Lantern, Daringer, IceRocks, and more.