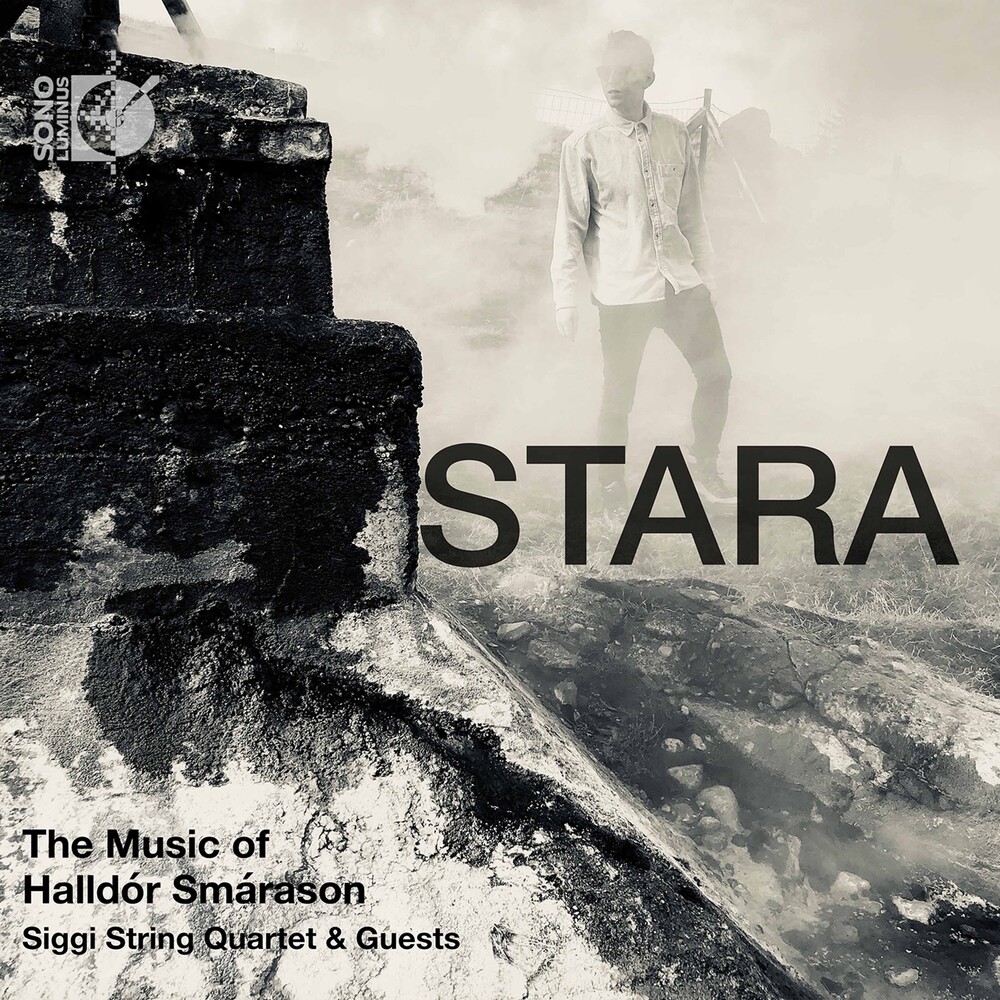 STARA is HalldĂłr SmĂˇrason's debut album. It was recorded in HalldĂłr's hometown of I'safjo"rdur, in the Westfjords region in the northwestern part of Iceland. Featuring works from different stages in the composer's life, ranging from his student years in New York to this day as a family man and freelance composer, STARA shows HalldĂłr's development of a characteristic style and unique sense of narrative. All the works on the album are inspired by personal experiences and are often dedicated to people close to the composer himself. STARA features HalldĂłr's three string quartets: draw + play, Stara, and BLAKTA; the guitar solo piece SkĂşlptĂşr 1; and the chamber works _a_at_na and stop breathing. HalldĂłr's music has been described as atmospheric yet aggressive, characterized by a simmering energy just beneath the surface that erupts from time to time. His compositional voice is highly original and personal. In each composition, HalldĂłr strives for a distinct approach, which is guided by the specifics of the composition (the occasions, the space, the instruments, the performer, etc.). As a result, his sonic repertoire is extremely rich. He often includes extra-musical and music-theatrical aspects, which create highly distinct artistic experiences. Additionally, HalldĂłr has been acknowledged for high attention to detail in regard to sound and notation. STARA is intended to be an insightful portrait of the composer, introducing HalldĂłr's poetic sonic world.